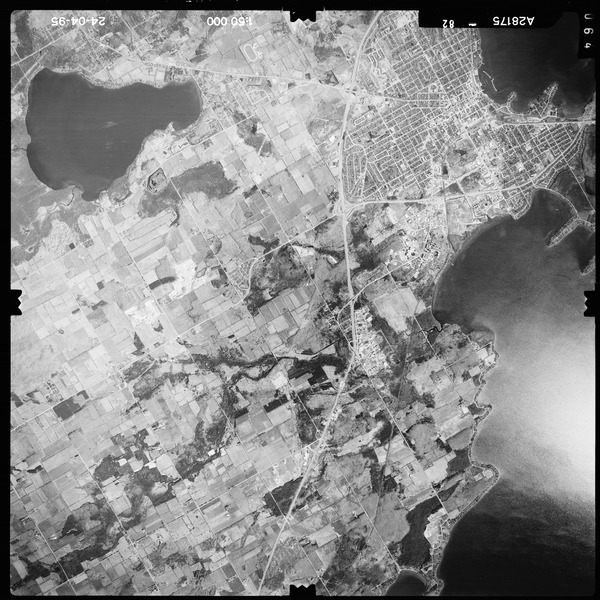 Timothy’s records tell a story of institutionalization that spans southwestern Ontario. Through his childhood, he was separated from his family, located and relocated in facilities with varied and overlapping mandates. Tracing his transfers from one facility to the next helps show how processes of institutionalization did work to isolate people and to destabilize their lives.

Item: Authorization for release of Timothy's Information to Christian Horizons 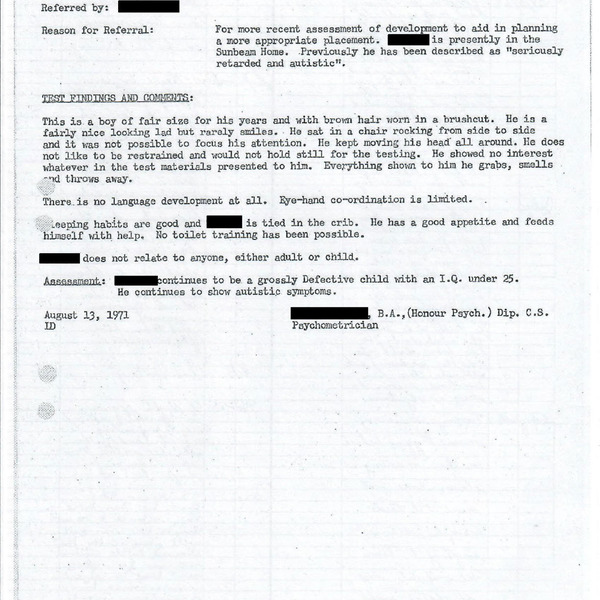 The Sunbeam Home for Retarded Children

In 1965, four-year-old Timothy was admitted to the custodial facility called the Sunbeam Home for Retarded Children, located in Kitchener-Waterloo, Ontario. At the time he was a ward of Children’s Aid.

After eight years at Sunbeam, the following evaluation was completed in 1971, to determine where he should be transferred based on psychological need. The report references Timothy’s lack of control and staff members' disciplinary responses, describing how he “does not like to be restrained,” and “is tied in the crib.” 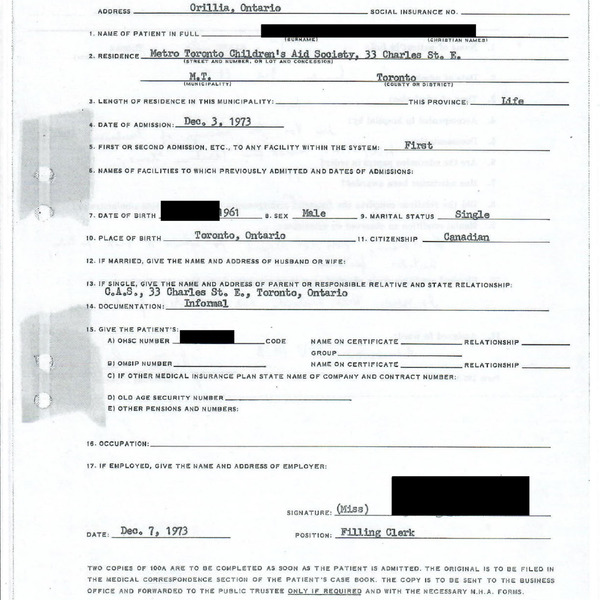 Following his psychological assessment in August of 1973, Timothy was transferred to the Ontario Hospital School in Orillia, Ontario (which would later become the Huronia Regional Centre). The notice of admission below shows Children’s Aid taking responsibility for his care, and indicates this was Timothy’s first admission to any facility within that particular system. 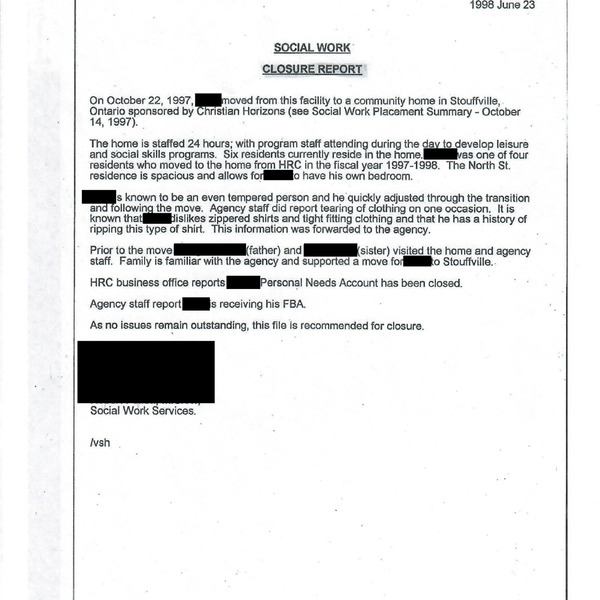 Timothy spent 24 years at Huronia before his discharge in 1997. He was moved in and out of the space, spending brief stints at two out-patient medical institutions, the Hospital for Sick Children and the Surrey Place Mental Retardation Centre.

After his discharge, an adult Timothy at 36 years old was sent into a group home in Stouffville, Ontario, operated by Christian Horizons. The document featured indicates that his account with Huronia was being closed following his transfer to the group home. It provides a sanitized description of how Timothy handled the move: “is known to be an even tempered person and he quickly adjusted through the transition and following the move. Agency staff did report tearing of clothing.”

These documents authorized one transfer after another, after another. They made it possible for Timothy’s caretakers to justify keeping him institutionalized for decades across an interrelated collection of facilities. This paperwork also documented moments of Timothy's resistance and negotiation.

A Collection of Timothy's Records