About the Huronia Regional Centre 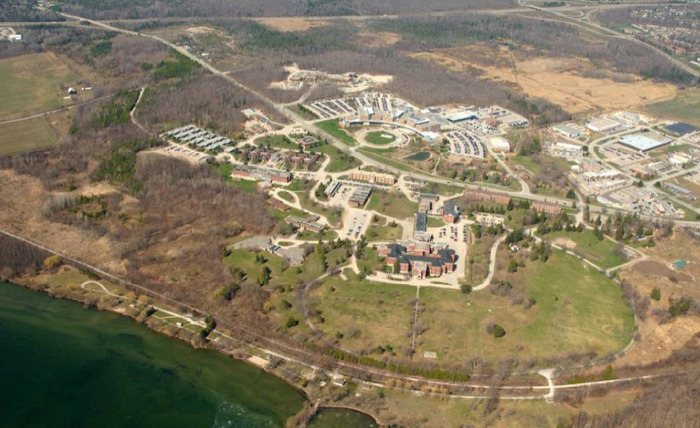 The Huronia Regional Centre was a large-scale facility that housed people with developmental or intellectual disability diagnoses. Huronia opened in 1876 on the shores of Lake Simcoe in Orillia, Ontario. While open it had several names, including the Orillia Asylum for idiots since 1876, the Ontario Hospital School at Orillia since 1936, and the Huronia Regional Centre since 1974.

Across its history, thousands of people lived and died at the institution. People who lived at Huronia were robbed of their privacy, dignity, and autonomy, and many were subjected to severe forms of emotional, physical, and sexual abuse. Following decades of protest about the treatment of residents, Huronia was closed permanently in 2009. Many people who lived at Huronia while it was open still carry physical and emotional scars from their time in the instituiton.

Huronia was one of many similar institutions across North America. For a long time, custodial care in institutions was the norm for people living with labels of disability. While this archive focuses on Huronia's history, people who lived at similar instituitons might find their own stories represented by what is on display here.